Endometriosis Explained and how to Treat it Medically & Naturally?

A large portion of my patients come to see me after being diagnosed with endometriosis or after laparoscopic surgery, often not knowing what it is or what to do next?

Endometriosis is one of those conditions that unfortunately is not well understood medically so can easily leave women feeling helpless and stuck in what options of management to consider. Fortunately there is more funding than ever going into better understanding endometriosis and new treatment options are being explored in the hope to give relief to women who are living with the condition. Read more on this here.

In this blog I am going to explain what endometriosis is and the common medical and natural approaches to managing it. This blog is based off my knowledge gained while studying a masters in reproductive medicine, clinical experience and personal research.

There is no silver bullet (quite yet) to treat endometriosis but what we can agree on is that a combined management approach (medical and allied) is the best option for longterm health and fertility if desired.

Endometriosis is characterised by endometrial-like tissue growing outside of the uterus and affects up to 1 in 9 women. Although women living with endometriosis may be asymptomatic, most women typically present with:

– pelvic pain (during and before menstrual bleed)

Interestingly the amount of pain does not correlate well with the visible extent of the disease making it hard for clinicians to accurately diagnose the condition in all women. The approx. time to diagnosis is 4-10 years in part due to this fact.

Several theories on the origin of endometriosis exist all of which are driven by (but not caused by) ovarian, adipose (fat) and local synthesis or estrogen.

The most well-accepted theory being Sampson’s theory of retrograde menstruation from 1927 in which menstrual blood containing endometrial cells flows back through the fallopian tubes into the pelvic cavity.

Other theories are based on immunological, inflammatory, genetic and possibly microbiome origins.

The immunological theory of endometriosis is a newer theory but certainly a plausible one with many women showing signs of or have preexisting auto-immune conditions alongside endometriosis. The immune connection simply put is that women with endometriosis may have dysfunctional immune cells (macrophages) and evaluated bacterial toxins (LPS) in the pelvis. Their immune system stops recognising the displaced tissue as abnormal and instead of breaking it down allows it to proliferate.

[ It is important to know which type you have as this may change your treatment options now and long term. I won’t go into lengthy detail on the treatment options for each type but please do raise this with your GP or specialist particularly if fertility is the goal.]

Located on the surface of the peritoneum, the peritoneum being a thin membrane that lines your abdomen and pelvis. Lesion appearance ranging from translucent dark brown depending on the progression of the condition.

Interestingly it is conceivable that future research might demonstrate that surgery for SPE in isolation may not be the most effective treatment and may aggravate the symptoms of pain, or even cause harm.

Endometriosis can invade organs that are near the uterus which can include the bowel and the urinary bladder. Deep infiltrating endometriosis (DIE) is defined as subperitoneal invasion by endometriotic lesions that exceeds 5 mm in depth. DIE accounts for 4–37% of all patients with endometriosis

Are cysts often known as ‘chocolate’ cyst found in one or both or the ovaries. Ovarian endometrioma(s) can be found in up to 17–44% of women with endometriosis and are often associated with the severe form of the disease

Management options in current national and international endometriosis guidelines for women with endometriosis-associated pelvic pain include surgical removal of endometriosis and medical treatment with analgesics, ovarian suppressive drugs, and neuromodulators

Often women have an exploratory laproscopy where endometriosis is found and removed in the same surgery. The follow up appointment is then used to explain the severity and location of the endometriosis, the outcomes of the surgery and future management.

Future management will depend on the woman’s fertility goals, for simplicity I will avoid this topic and address it in another blog on endometriosis and fertility (hoping later in 2022)

Surgery is a common treatment method not surprisingly since diagnosis is usually confirmed at laparoscopy at which time operative intervention can occur.

The benefit of surgery is that it can relieve pain, associated symptoms and improve fertility however this is not always the case.

One double blind RCT comparing laparoscopic laser ablation of mild to moderate endometriosis versus laparoscopy alone reported a 62.5% improvement or resolution of symptoms in the treated group compared to 22.6% in the untreated group at 6 months follow-up. Symptom relief continued at 1 year follow-up in 90% of those who initially responded.

Hormonal medications act by suppressing the patient’s own production of sex steroids or inhibiting receptor action and therefore endometriosis related symptoms and in same cases growth.

The major advantage medication has over surgery are that it avoids the risks associated with a surgical procedure.

*The consequent hypoestrogenism causes predictable menopausal side effects: vasomotor symptoms, dry vagina, and more concerning, a loss in the bone mineral density (BMD). The reduction in the vertebral bone mineral density during a 6-month course of GnRHa is in the order of 3-4%, which is equivalent to months breast feeding or 6 months of menopause. This concern has therefore limited the use of GnRHa therapy to 6-months duration.

Add-back therapy involves taking one of the following medications at the same time as a GnRH agonist: a low-dose estrogen, a low-dose progestin or tibolone (a synthetic steroid which mimics the activity of estrogen and progesterone in the body) to help reduce some of the known side effects of GnRH treatment. Treatment up to 2 years.

In a retrospective study following hormonal treatment, the median time to recurrence of pain was 6.1 months for danazol-treated women and 5.2 months for those treated with a GnRH agonist.

Letrozole is in a class of medications called nonsteroidal aromatase inhibitors. It works by decreasing the amount of estrogen produced by the body.

Letrozole (aromatase inhibitor) has shown to be effective in the treatment of endometriosis-related pain with substantial improvement of pain with no recurrence of pain for 6 months after completion of treatment.

N-Acyetyl cysteine (NAC) is a stable form of L-cysteine which is a known precursor to glutathione synthesis which exhibits antioxidant, anti-inflammatory and immune modulating effects.

NAC is effective at reducing Cox-2 expression, an enzyme responsible for inflammation and pain, and at decreasing the surface area of endometriosis implants and levels of tumor necrosis factor-alfa (TNF) an inflammatory cytokine in serum and peritoneal fluid.

In an observational cohurt study NAC was found to both prevent the growth of cysts as well as reduce the size of existing cysts. 50% (24 patients) of the NAC treated group cancelled their scheduled laparoscopy due to either decreased or disappeared cysts, pain reduction or pregnancy.

Turmeric is a common spice from the root curcuma longa which contains the active constituent curcumin. Curcumin exhibits an anti-inflammatory effect and is able to suppress estrogen (E2) levels.

Recent studies have shown that curcumin decreases the number of endometriosis stromal cells and the process of cell growth in a dose-dependent manner. It does this by reducing the inflammatory protein NF-kB, blocking estrogen’s stimulating effect and via it’s antioxidant activity.

Turmeric can also reduce the release of histamine from mast cells

It has been noted that turmeric can have poor bioavailability due to it’s poor absorption, rapid metabolism and instability, that is why I recommend liposomal, phospholipid or nanoparticle forms of turmeric which is found in supplemental forms.

Brassica vegetables including broccoli sprouts have been studies for their anti-inflammatory compounds such as glucosinolates and their hydrolysis products, isothiocyanates including sulforaphane.

Inflammation has been reported to play an important role in the development of endometriosis. Pro-inflammatory cytokines such as IL-6 and TNF-α, growth factors are found in greater levels in the peritoneal fluid and plasma of women with endometriosis. The sulforaphane found in broccoli sprouts have been found to:

Q’s to ask your practitioner to better understand your options:

– How does this treatment work?

– What are the known side effects?

– Does this treatment affect my bone health?

– What are my alternatives?

It is important you speak with your health care team to discuss the best management option for you. As a Naturopath I work alongside and not against medical management and opinion.

Book a session with Jennifer here

For speaking inquiries on this topic get in touch at hello@halsahealth.com.au 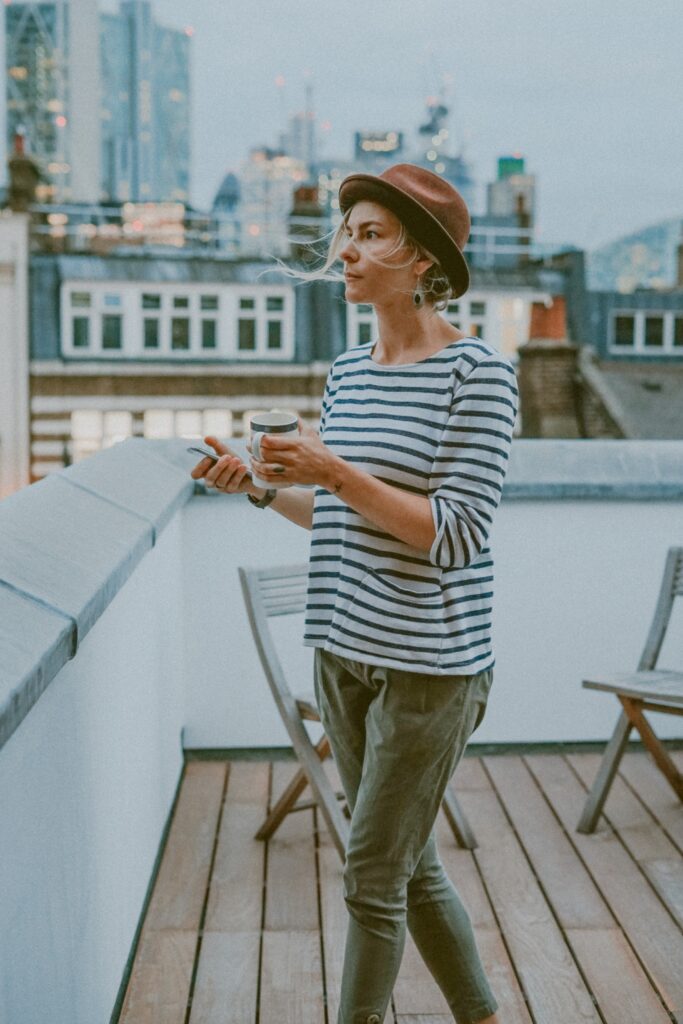 Coffee and Period Pain. The Low Down.

Food For Thought: 5 Foods to Increase Your Cognitive Function 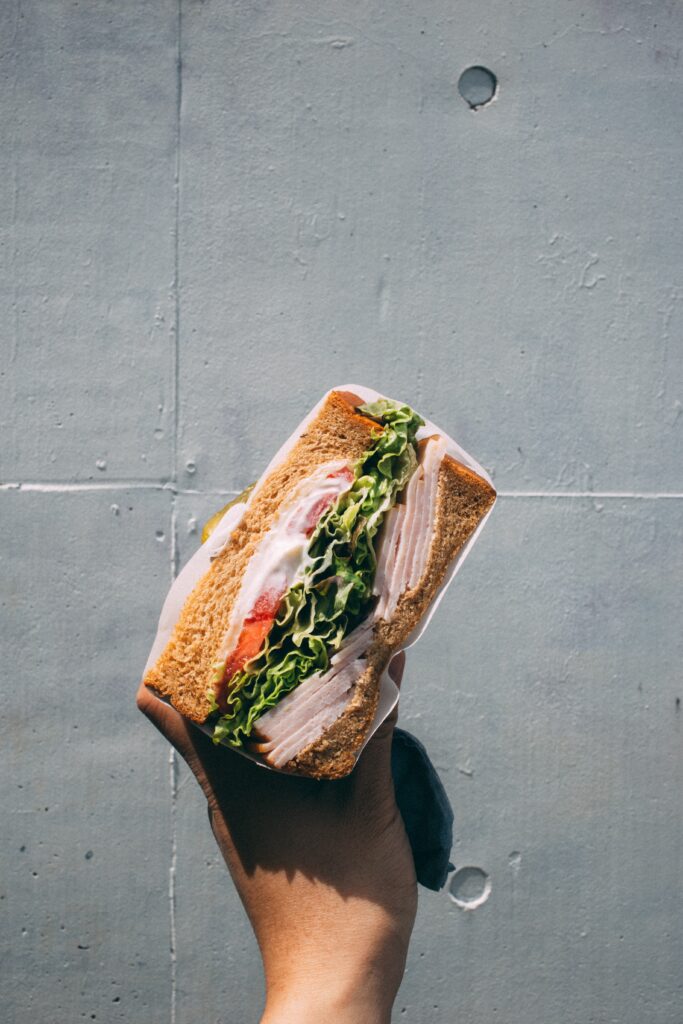